There is also built-in support for calling remote serverless functions used for provisioning the state of the software under test. Users can implement tests that reduce manual execution time by automating tedious setups.

Why is integrating with GitHub’s repositories so useful for manual testing? Traditional Test Management applications use proprietary user interfaces to capture the test case instructions. The test instructions thus become difficult to share and review with other team members, especially developers.

We have taken a different approach by using plain text files with support for the lightweight markup language called Markdown. These human-readable text files are stored and maintained in your repository. This model follows the developer workflow, enabling manual testing to supplement existing automated testing and facilitate developers participating in the manual test implementation “review” process.

Thus, both automated and manual test files are stored in a repository. 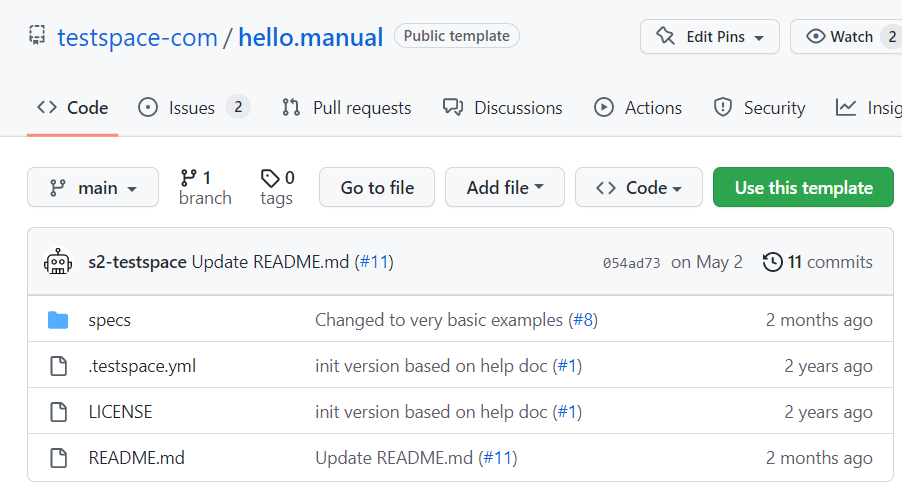 The “Hello Manual” sample can be found here.

Use the GITHUB.DEV web-based editor for making changes that runs “entirely in your browser”. No console, no installation, just a great editor! Just press . while browsing your repository. 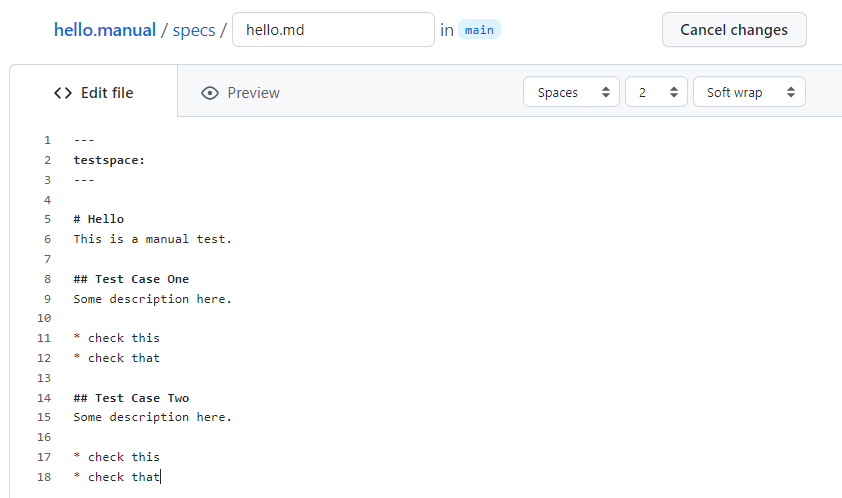 Testspace automatically discovers test files in a repository and renders them for human testers to execute and provide status.

Testspace automatically discovers tests that are committed to a repository, rendering the files as manual test instructions.

Testspace supports the template language called Liquid. Test files are handled as template files, meaning they get preprocessed before being rendered. This functionality enables a test file to use variables, include files (subroutines) along with passing parameters, and even the ability to implement conditional logic.

The following is an example of a metadata block (front-matter section) located at the top of the file. In this example, there is a list of OS systems.

Within the test body a loop can be leveraged:

The following is a list of core functionality supported by Liquid:

The concept is to create powerful tests “without repeating yourself”.

Refer to the Desktop Preview documentation for reviewing tests on your desktop leveraging Jekyll.

An automated test fixture is a serverless function that uses a GitHub Workflow or an AWS Lambda to host it. Automated fixtures could be run before and/or after the manual test instructions to setup/teardown a specific test environment.

Testspace supports integrating automation with manual testing. The following are some key benefits:

Testspace fixtures enable testing that leverages a hybrid of automation and manual verification.

The header block to define the fixture.

The GitHub Action that gets invoked (.github/workflows/testspace.yml):

The handler.js script (aka function) is invoked along with the passed parameters from the test file. This script does all of the specific fixturing.

Get setup in minutes!